Silent Motif is an electronica music collaboration by Robert Keller and Paul Mills. They have been creating electronic music compositions since 2013. Their most recent project is a collaboration with six Northern California poets and resulted in the CD compilation, Silent Motif: Conference of the Poets.

Conference of the Poets

Ironies, satire and poetic truths are rich and diverse throughout these poems, set in intriguing electronic aural environments. The title piece sets the themes and tones with poet Blake More's light hearted ironies questioning our everyday human events and political dilemma, dig deep into our psyche of what we are doing and how we spend our money on military and political horrors without paying attention to local social and health problems. Then Kirk Lumpkin delivers the knife to the gut with the horrors of what is happening to the natural world and species; our soul connection to nature. He becomes bizarre and terrifying, almost sadistically comic.

Chris Olander’s river dance poem opens up the spiritual possibilities if we listen to our instincts and believe in our redemption and ability to change our direction, baptize us to reverence life and the natural world and its sacredness. All the while the steady progression of sounds enhance the terror and tension and spiritual necessity of redemption and lets the listener flow along and observe/listen to images and feel our lives inundated with the words and music capturing our attention.

The variation of music and sounds mix well with each poem's subject and add uniqueness to each piece; yet, tie all the poems together. David Shaddock's "Splendor Excerpts" reinforce the spiritual theme of this collection by confirming the natural world's spiritual foundations, depth and beauty. Each poem clarifies and enhances the poem before and the poem after each poem and ties it all together. The music interludes slide into each poem naturally.

Sara Mithra and Steve Arntson's poems are quirky, comical and ironic, but are also mystical journeys into the spirit's soul searching of "What does this all mean?" Sara's tight intensity of word play projects unsure grounding and even terror, her irony let's us chuckle and be relieved that maybe we aren't there with the characters, just observing them.

We have deserts, rivers, oceans, mountains, cities and human hearts as living landscapes pulsing with life throughout all the poems presented.

Kirk's "Space Shuttle" comedy circus-like music, a satire-farce tone, even sickly, heightens the irony of our confused follies: all that money and death for space travel while destroying our blue eyed marble; the real horror of our lives. The final piece, Steve Arntson's, "You'll Find Out" is perfectly placed to keep us pondering long after the CD is over and the sounds fade away. The music's steady beat goes on and on enhancing this mysterious mystical tale with the beautiful melody plinking ghost-like, haunting notes over the relentless beat; just like life. We keep dwelling on what it is we've experienced, what can we do next and holds the tension of the whole CD long after it's done - haunting us. ~Chris Olander

Robert Keller left New York after high school and ended up in sunny California where he attended Sacramento City College and San Francisco State. After bouncing around in several rock and jazz bands he was signed to Beserkeley Records with his rock band Terminal Man. He now maintains a private studio for the sole purpose of creating new music. Silent Motif is a natural extension of his creative energies and desire to experience the seldom traveled edges where new music is born. Hear more at Reverbnation.

Paul Mills contributed sythesizer, percussion and field recordings to this project. He is a composer, guitarist and producer who works with Silent Motif, The Word-Music Continuum, Jazz Sabbath and the Mills Ensemble. See more of his work at Studio Detour on this website www.studiodetour.com. 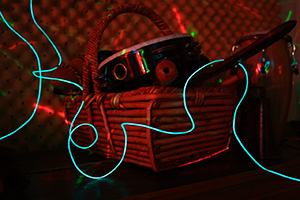 Blake More is an artist with multiple creative voices and obsessions. Blurring the boundaries between disciplines, her work includes poetry, video, radio, performance, costume design, collage, teaching, painting, functional mixed media art/life pieces and wildly painted poetry art cars, including her newest, Star Yantra. She hosts two radios shows, a web radio show called “Cartwheels on the Sky” and Women’s Voices on KZYX&Z Mendocino. Her book godmeat is a collection of poetry, prose, color artwork, and a DVD compilation of poem movies (available at godmeat.com), and her latest chapbook Up In the Me World is available on her website. To explore Blake’s creative world, please visit www.snakelyone.com. 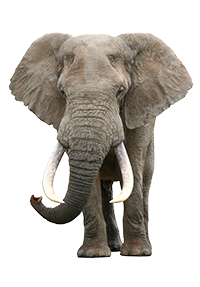 Kirk Lumpkin is a poet, spoken word artist, lyricist, environmentalist, cultural worker, and event organizer. He’s the author of two books of poetry In Deep and Co-Hearing. He’s released two poetry/music CDs, The Word-Music Continuum and Sound Poems. Kirk’s poetry has appeared in many different magazines, anthologies, and online publications. Kirk has performed his poetry and music in festivals, clubs, bookstores, and cafes all around the San Francisco Bay Area and much of Northern California. He hosted the Cafe International Friday Night Performance Series for nine years and an open mic series at Burning Man for three years. Kirk also coordinated the Berkeley Ecology Center Literary Series and developed a collaboration with Poetry Flash and Ecocity Builders in presenting the annual Watershed EnvironmentalPoetry Festival. Learn more at www.kirklumpkin.com.

Chris Olander, is a poet, teacher and bio-educator with California Poets in the Schools. He blends performance techniques with spoken word to create an Action Art Poetry: musical image phrasing to dramatize relative experiences - a poetry arising from oral and bardic traditions. He is an organizer and featured reader in the Berkeley Watershed Poetry Festival. He served as Artistic Director for the Nevada County Poetry Series and as editor on six poetry anthologies. He also served as a Poet Coach for the California Arts Council’s Poetry Out Loud competitions. Chris has written four chapbooks (Sierra Streams, Mass Man's Epiphanies, December Birds and Iris) and has recorded seven CDs of his poetry. He describes himself as "a sound poet exploring various meanings of words, phriasings and ideas arranged in sound and rhythm patterns."

Sara Anika Mithra performs work that fragments the line between desire and cruelty, the erotic drive to manifest and the destructive drive to expurgate. Dreamy, experiential, and startling, they expose vulnerabilities that usually remain dormant. Her character-driven pieces tell stories urgent with queering the margins. When she emotes, people listen. Then they get uncomfortable. Welcome to the odditory. Other creative work includes poem video, hand-crafted one-of-a-kind chapbooks, and B/w collage zines. In California, she’s formally studied material culture, folklore, narrative, and the avant garde. Informal studies range from improvisation to leatherwork. Find her unsettling audio tracks on Soundcloud and watch soft focus found-footage videos on Vimeo.

Steve Arntson came to words via music, training as a pianist at the University of Washington, then moving to California and joining the poetry scene. For some thirty years he has been busy writing and for the past ten years he has concentrated on the Oregon Coast and the Burning Man Arts Festival where he has performed for many years. Steve performs at numerous poetry venues in the greater Bay Area and served as host for the poetry series at the Expressions Gallery in Berkeley, California.

David Shaddock’s poems have won the Ruah Magazine Power of Poetry Award for a collection of spiritual poems, and the International Peace Poem Prize, among other honors. His poems have appeared in such journals as Tikkun and Mother Jones. His books include Vernal Pool, In This Place Where Something’s Missing Lives (with an afterword by Rabbi Arthur Waskow) and Dreams Are Another Set of Muscles (with an introduction by Denise Levertov). His play, “In A Company of Seekers,” was performed at the 2012 Festival of Two Worlds in Spoleto, Italy. He holds a PhD in psychoanalytic research from Middlesex University London and is the author of two nonfiction books on relationships and couples therapy. He maintains a private psychotherapy practice in Oakland and lives with his family in Berkeley.

Special thanks to Ted Higgins who provided percussion and drums on Sphinx Moth Musk and The Space Shuttle 2012. Ted is a longtime Bay Area percussionist who has performed and recorded with the Wild Buds, Terminal Man and Jazz Sabbath. 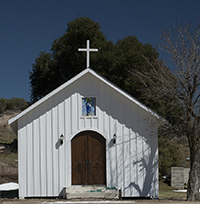 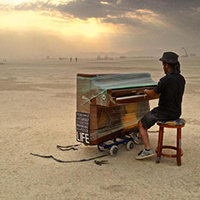